The introduction of regular updates to Microsoft Dynamics 365 created a dilemma for many enterprises. These organisations want to keep up with new innovation and security updates, but each new release risks breaking customized ERP, CRM, and Commerce implementations. Rigorously testing these systems is therefore imperative during upgrades. Yet, manually creating test cases for end-to-end Dynamics 365 processes is time-consuming and only hits a fraction of the critical system logic. Manual test execution is likewise too slow, but scripting automated tests is itself time-consuming and often creates brittle scripts that require maintenance after every change. To protect CRM, ERP and Commerce systems from bugs, organisations require a rapid and optimized approach to creating and maintaining Dynamics 365 tests. 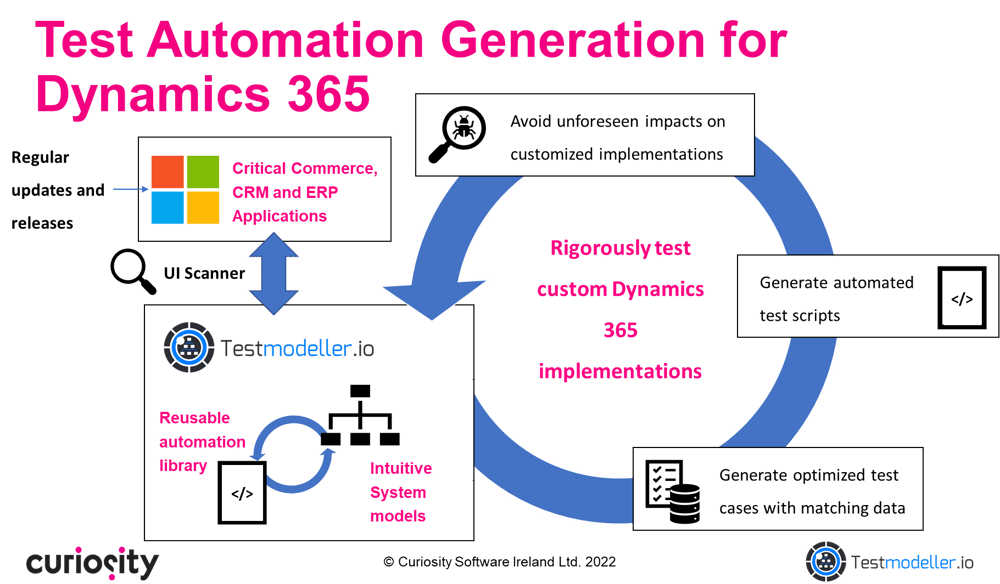 Watch this demo of Selenium-Java test generation for the Adventure Works e-Commerce site to discover how:

Discover how you can auto-generate optimised tests for Microsoft  Dynamics 365!