Use VISIO for continuous testing and development

Decades after the “agile” revolution, inadequate requirements, miscommunication and silos remain primary causes of damaging bugs and costly rework. Tester, developers, Product Owners and BAs lack central points of collaboration, with disparate information stored across tools. User stories tend to be written in incomplete and ambiguous natural language, with little dependency mapping to define systems that exceed human comprehension. Misunderstood or missing requirements are then mirrored in buggy code, with defects picked up late as testers create tests from the same poor user stories, and often wait for development to code the next release. Quality software must instead start with quality requirements that allow cross-functional teams to work rapidly and in parallel. 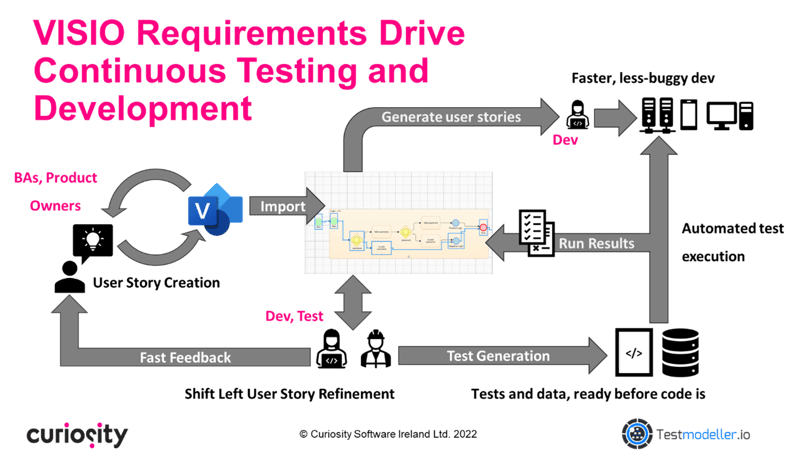 Watch this short demo of VISIO requirements modelling and test generation for an eCommerce system, to discover how:

Find out how your requirements models can drive parallel testing and development.