Time to migrate from your legacy test data (TDM) tools? Here’s how. 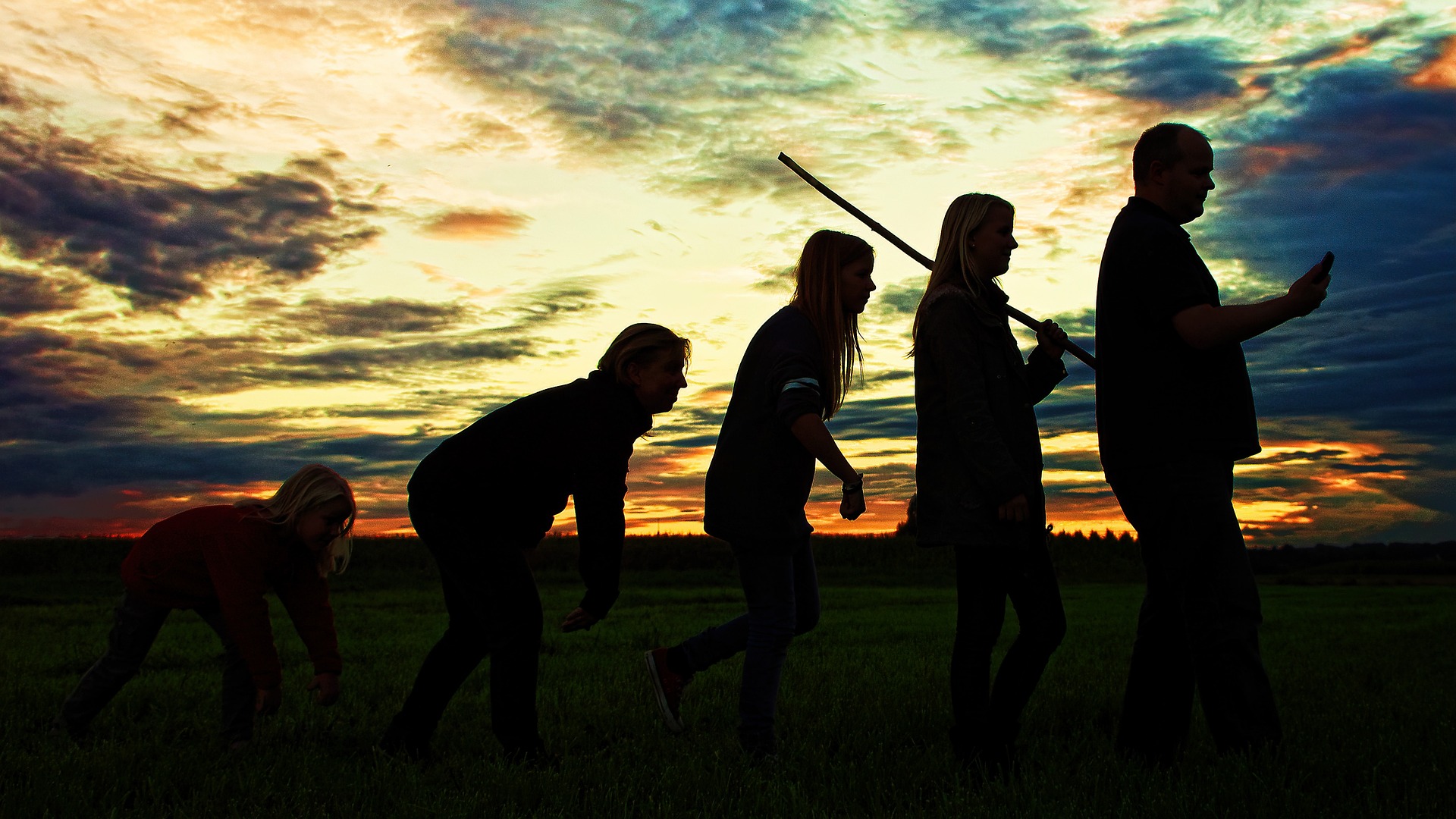 If you’re reading this, you’re probably already painfully familiar with the complaints that Curiosity hear from organisations seeking alternatives to legacy test data management (TDM) tooling. They include:

The good news is you can move quickly from legacy TDM tools to a modern solution, capable of delivering complete and compliant data at the speed of parallel development, automated testing and CI/CD.

This article sets out how you can migrate to Test Data Automation, leveraging existing configurations and files as much as possible to avoid downtime and rework.

If you want to learn more about migrating to Test Data Automation, download Curiosity’s migration playbook for a comparison to legacy TDM tools, the migration plan, and example ROI metrics.

If you know that it’s time to migrate to Test Data Automation, book a meeting with a Curiosity expert to start planning your migration.

Looking for an alternative to legacy TEST DATA tooling?

Re-entering the market in 2017, Curiosity have been able to leverage modern technologies and decades-long expertise to build a scalable and extendable solution, designed for parallelized development, test automation, and CI/CD.

Test Data Automation automatically finds, makes and anonymizes the data needed in testing and development, serving it on-the-fly to testers, developers, and automation frameworks. Wide-reaching utilities include synthetic data generation, masking, and subsetting, alongside data virtualisation, orchestration, cloning, and allocation. These integrated tools are all easily reusable from a central catalogue, and can be triggered on-the-fly by automation frameworks, CI/CD pipelines, and parallel teams working in on demand environments:

Jobs configured in Test Data Automation are all reusable on demand from a central catalogue.

Test Data Automation comes with a tailor-made migration plan for moving you from legacy tools. This has been designed to move you quickly to Test Data Automation, importing existing files and definitions wherever possible to avoid downtime and rework: 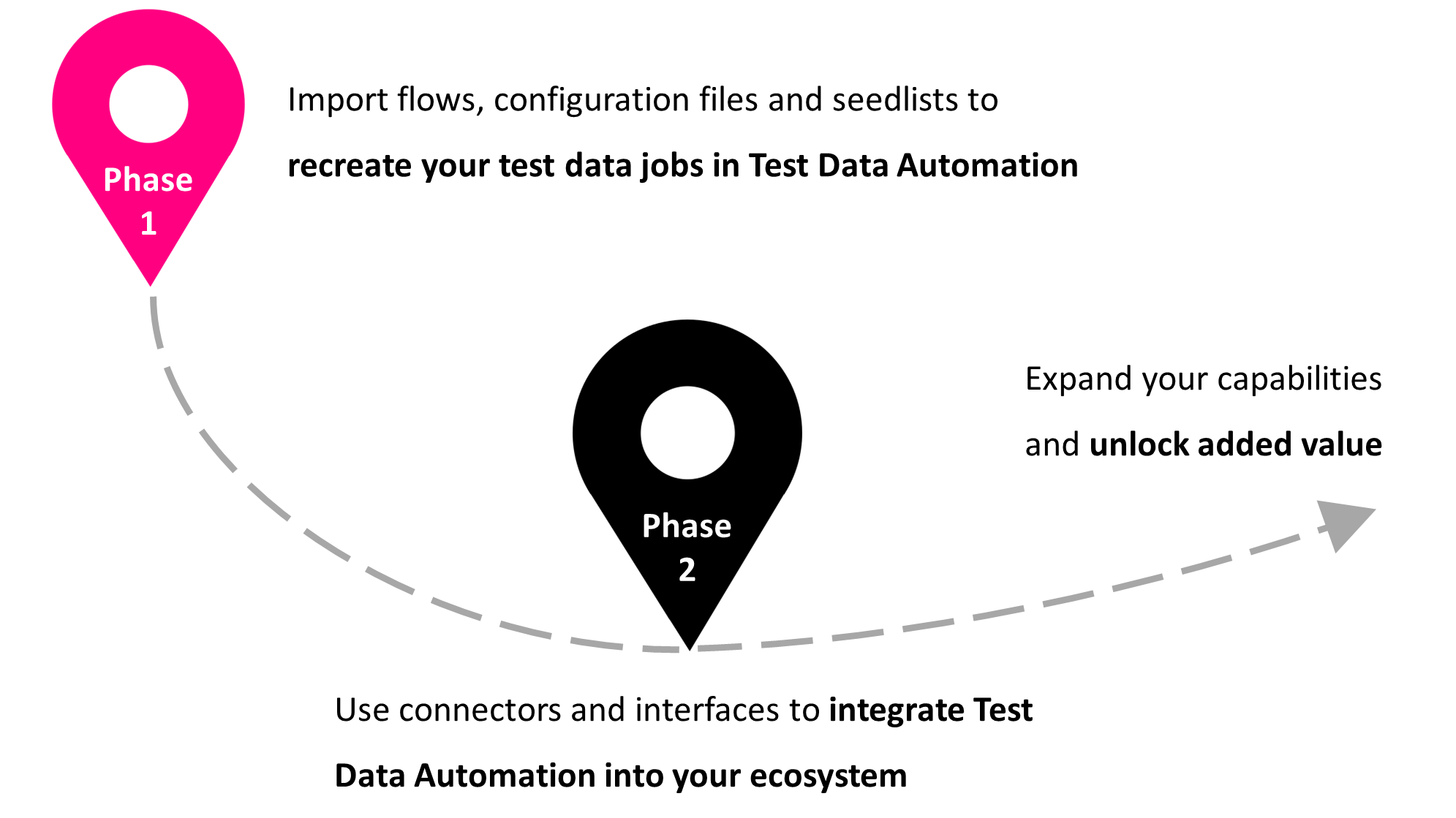 The migration plan is designed to shorten time-to-value, avoid disruption, and leverage your teams’ previous data engineering efforts. Wherever possible, we will import existing configurations, rules and workflows to move you quickly to Test Data Automation, working through a two-phase migration:

The migration will start by recreating your existing test data jobs in Test Data Automation. Wherever possible, our support team will use existing technical artifacts and automation to repurpose your existing TDM jobs, enabling a rapid and (almost) like-for-like replacement: 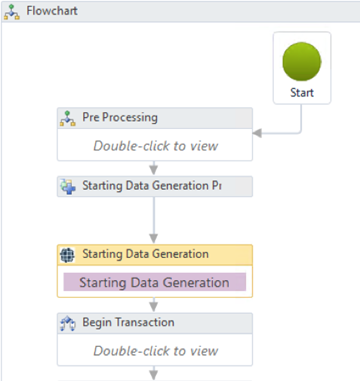 Where test data jobs have been defined in workflow automation tools, Curiosity will aim to import the flows directly to our own workflow engine.

Depending on the complexity of the job and the TDM tool used, we estimate that this can require as little as 2 hours per job.

A new configuration file will leverage Test Data Automation’s extensive and extendable functions. Where needed, our consultants will adjust the name and syntax of previously used functions. Again, we estimate that as little as 2 hours might be required to recreate each job, depending on the complexity and tool used.

Phase 2 of the migration will integrate your newly-created test data jobs into your DevOps toolchains.

This will leverage Test Data Automation’s range of interfaces and connectors to enable flexible and comprehensive connectivity. These interfaces include using Curiosity’s extendable and automated workflow engine, VIP, alongside APIs, command scripts, and CI/CD tooling. To integrate with different technologies in the most effective way possible, Test Data Automation can further input data via application front-ends and files.

By the end of Phase 2, parallel testers and developers will be able to trigger reusable test data jobs from self-service forms, while automated tests and environment provisioning will likewise be capable of triggering the parameterizable jobs on-the-fly. This ensures that parallel team and tests enjoy the data they need, exactly when and where they need it. 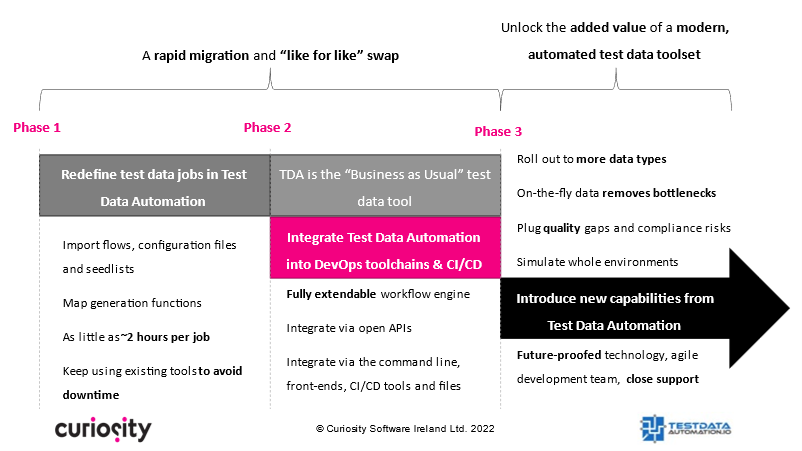 A tailor-made migration plan will move you quickly to a modern and automated test data toolset.

Your trusted partners in test data

By migrating to Test Data Automation, you will not only be adopting a modern test data toolset with cutting-edge capabilities; you will also be partnering with veteran test data inventors who will support you during your planning, implementation, and beyond.

Curiosity’s team have been test data pioneers since at least 1995, when our Managing Director and CFO co-founded their first of four start-ups specializing in testing and data. This rich history includes founding test data specialists Grid-Tools in 2004. In 2015, Grid-Tools was acquired by CA Technologies (now part of Broadcom), and its technologies became CA/Broadcom TDM and Broadcom Agile Requirements Designer. Most of the Curiosity team were part of the Grid-Tools team, and/or worked together at CA Technologies [1].

To organisations seeking new approaches in test data, Curiosity offer a rare combination of test data project experience, technological expertise, and a record of innovation. We further partner closely with customers, collaborating to solve your hardest problems in testing and development. Neither you nor our software will be left “on the shelf”.

What are you waiting for?

Having understood the migration plan to Test Data Automation, the quickest way to continue your migration is by talking to us. From a short, introductory meeting, we typically set-up a test data workshop, during which our experts will analyse your current test data capabilities and needs. They will then work with you to propose an alternative solution that is best tailored to you.

If you would first like to learn more about Test Data Automation, download our migration playbook for a comparison to legacy TDM tools, the migration plan, and example ROI metrics:

We need to talk about test data “strategy”

For many organisations, test data “best practices” start and end with compliance. This reflects a...

Is test data the engineering problem to solve in 2022?

It’s 2022 and the risks associated with poor test data practices show no signs of abating.

The Democratisation of (Test) Data

A glance at industry research from recent years shows that test data remains one of the major...