A Leading Provider of Test Automation

Infuse are recognised as the leading provider of Test Automation and Lifecycle Transformation Services for successful, ambitious organisations, Infuse Consulting is headquartered in the UK and since 2002 has helped more than 500 businesses get the most out of their Software Delivery Teams.

Infuse is an international company and leverages strategic consulting partners as well as its technology partners to deliver the best solution for you. Since 2002, Infuse has successfully helped over 500 customers globally to get the most out of their software. 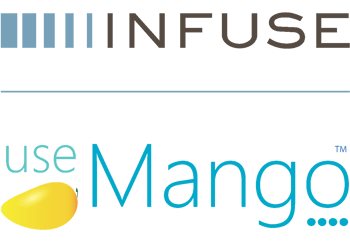 The Democratisation of Testing

Learn how Curiosity and Infuse teamed up to deliver rigorous test automation at a large telecommunications provider. Sign up for Democratisation of Testing: Helping Your Teams Get The Most Out Of Their Tools And Time.

To overcome siloes and overly-manual processes, Infuse and Curiosity built a “telecommunications-company-in-a-box”, a digital twin of the system under test. Artifacts created by BAs were imported to build complete business flows, providing a single source of truth for the systems in scope. The flows were then used to auto-generate rigorous tests, and were used by developers and testers to build CI/CD assets. This generated a complete set of artifacts across the SDLC, while allowing every stakeholder to use their favourite tools.

To discuss how Infuse and Curiosity can help accelerate your testing and development, speak with an expert!